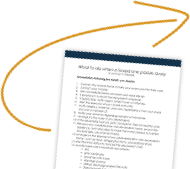 Religious acceptance of cremation is a determining factor for many when considering the final disposition for themselves or a loved one. There are many religions, and even more sects, with attitudes that range from cremation as the preferred method to those that forbid it.

An overview of the major religions and their views on cremation:

While cremation is not preferred among most Christians, it isn’t entirely a forbidden practice. Some more conservative denominations assert that specific content in the Bible discourages the practice of cremation, but other Biblical passages seem to simply support burial over cremation.

For instance, in the Old Testament, Deuteronomy 34:6 implies that God chose burial for Moses after he died. Other passages discuss how God will raise up the bodies of those decomposed. For many Christians, the question is then, “How can God raise up a body if the body doesn’t exist due to cremation?”

While the Bible does not specifically forbid cremation, many Christian believers view the idea of cremation as a matter of the conscience and an individual’s choice. The increasing popularity would suggest that more Christians are embracing the practice of cremation.

Throughout most of its history, the Catholic Church has opposed cremation and has consistently taken a strong stance against the practice, excommunicating those who participated in or authorized the cremation of another member of the faith. This changed in 1963, when the church lifted its prohibition on cremation. It is now acceptable for a person of the Catholic faith to be cremated; however, entombment or burial still remains the preferred method for final disposition.

Based on the Church’s belief in the resurrection of Jesus Christ, the Catholic faith holds that there is an eternal future for the body and soul. Should a person be cremated, Catholics believe the cremated remains are to be regarded, and given the same treatment, as that of the deceased in a casket. If the deceased is to be cremated, certain observances must be followed to hold the funeral Mass. The church strongly urges that the full body of the deceased be present during the funeral rites, and cremated only after the rites are completed.

Generally speaking, although there may be an indicated preference for burial in some of the more conservative denominations, Protestant churches as a whole are neutral toward cremation, and neither condemn nor commend it for members of the Protestant tradition.

If a person is cremated, the remains may be kept by the family, enshrined in a columbarium or urn garden, or scattered at sea.

The Christian Protestant tradition embraces many denominations. Many of these denominations were founded as a result of differing beliefs in how various aspects and passages in the Bible should be interpreted. One may naturally expect that going forward, this holds true for the question of cremation as well.

The Greek Orthodox Archdiocese of America strongly opposes the act of cremation. The Church considers cremation to be the deliberate desecration and destruction of the purpose for which God has made and ordained the body.

The church insists that the body be buried so that the natural, physical process of decomposition may take place. The church does not grant funerals, either in the sanctuary or at the funeral home or other places, to persons who have chosen to be cremated.

Traditional Jewish law strictly forbids cremation, requiring burial instead. The Jewish belief is that a body and soul will be reunited after death; therefore, a body is considered sacred and must be buried.

There are exceptions to the rule. If someone has not been raised in the Jewish faith, or if they are cremated against their will, Jewish law allows for a proper Jewish funeral and burial to be given to the cremated remains.

According to Jewish law, the remains of the deceased must be buried in the earth. This should happen as soon as death occurs, ideally on the same day of passing, but within a day or so. Embalming of the deceased is not performed, as the intent is for the body to be returned to dust from where it came, as it was created. After preparation for burial, the deceased is buried in a plain wooden casket, usually pine, without any metal, to help facilitate natural decomposition.

For those of the Muslim faith, cremation is forbidden. Funeral rites for followers of Islam are prescribed by divine law, and they must bury their dead as quickly as possible – preferably within a day of death. The body should be treated with equal respect in both life and death. Burning the dead is considered a form of mutilation, forbidden by Allah.

Embalming is also not permissible, except where required by law.

The only exception to the prohibition against cremation is during epidemics, when there is risk of spreading disease and Muslim authorities have given permission.

Buddhism is one of the few religions in which cremation is viewed as an acceptable practice. Buddhists do not see cremation as being in conflict with the tenets of the religion.

Most Buddhists believe that life and death are part of a cycle of reincarnation, where the ultimate goal is to release the deceased person from all desires and notions of self, and to reach a state of enlightenment.

If the body is to be cremated, Buddhist monks or the family will perform the last rites on the day of cremation. These rites include chanting the Three Jewels, the Precepts, and some contemplative verses. This ceremony can be performed at the crematory prior to cremation. Once the cremation has taken place, the remains may be kept by the family, enshrined in a columbarium, or scattered at sea.

In cremation, Hindus believe, the body is presented as an offering to Agni, the Hindu god of fire, accompanied by a prayer to purify the deceased and lead them to a better life. Cremating the body also helps detach the subtle body, that of the mind and vital energies, from the gross body, that which is physical and mortal, and enables the subtle body to pass on, instead of lingering around loved ones who are still alive.

While cremation is the traditional choice for someone of the Hindu faith, saints, holy men and children are exempted from the requirement to be cremated. Saints and holy men are considered to have already achieved a degree of holiness and detachment from the body. Instead, they are buried in the lotus position. Children are also considered to have less of a detachment to the body.